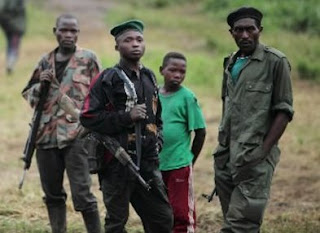 EMBATTLED Congress of South African Trade Unions (Cosatu) secretary-general Zwelinzima Vavi yesterday released a sensational “intelligence report” by what he calls “rogue agents” claiming that Zimbabwe was supplying arms of war and training bandits to destabilise Rwanda.
Political Editor
The report, which Vavi claimed was meant to discredit him, alleged, without giving evidence, that about 200 people were “undergoing crack commando training in insurgency, intelligence, guerrilla warfare and medic” at an unidentified farm in Bindura.
It claimed the plot to destabilise Rwanda and other unmentioned South African neighbours was part of a grand plan by the United States through the National Endowment for Democracy (NED), a non-governmental organisation bankrolled by the US Congress.
The report further alleged that the Morgan Tsvangirai-led MDC-T was also being sponsored by NED.
Efforts to get a comment from Presidential spokesperson George Charamba were in vain as he was not picking up his mobile phone.
Media and Information minister Webster Shamu said he could only comment after seeing the report. The report was then emailed to him, but he had not responded by the time of going to print.
However, this is the first time the sensational claims have been made against Zimbabwe and the report did not categorically specify that the “bandits” were being trained by the government.
Vavi released the sensational “intelligence report” a day after his suspension by Cosatu’s special central executive committee after a junior employee accused the trade unionist of rape. He admitted to having consensual sex with her. The woman subsequently withdrew a sexual harassment complaint against him.
The report claims a South African arms dealer, Fana Hlongwane, was working with Zimbabwe Defence Industries chairperson Tshinga Dube to purchase weapons destined for Rwanda.
“South African arms dealer is Fana Hlongwane and Zimbabwean dealer Colonel Tshinga Dube.
Conclusive evidence can be obtained regarding all the information that I passed over, but it might take a while, the baseline is what we have is intelligence which is solid but not enough to have a watertight case,” the report claimed.
However, contacted for comment last night, Dube refuted the allegations.
“They are liars,” said Dube. “We are not enemies with Rwanda. Maybe they are confusing with DRC (Democratic Republic of Congo) because we have supplied weapons to DRC, not rebels. DRC is a legitimate government.”
He added: “We don’t deal with rebels in any form and we insist on an end user certificate. Hlongwane is a South African businessman and we have no relationship with him. The end user certificate has to be issued by the Ministry of Foreign Affairs or Defence of a country.”
The report claimed Rwandan fugitive Protais Mpiranya was responsible for the recruitment of bandits in Zimbabwe and Zambia. Mpiranya is a former commander of the Presidential Guard in Rwanda and is reportedly in Zimbabwe.
“A group of 200 are undergoing crack commando training in insurgency, intelligence, guerilla warfare and medic in Zimbabwe. The group in Zimbabwe is handled by ex-millitary operatives who had operated in the Congo before and also senior army operatives who are active. They are on a farm in Bindura about 100km from Harare,” reads the report.
“Is the government of Zimbabwe aware? Yes, they are aware, but not all of them.”
On allegations of the MDC-T receiving funding from NED, the report claimed: “Morgan Tsvangirai is controlled by the NED and thereby the whole of MDC.”
The report said: “NED knew Tsvangirai was going to be the Prime Minister one day and together with the USA ‘institutionalised the economy of Zimbabwe’.
“There are diamonds now, there is also platinum and gold there. They will create a fiefdom, turn the economy into a powerhouse controlled by the USA, above all, they will remove the liberation movement,” the report said.
MDC-T spokesperson Douglas Mwonzora rubbished the claim.
“That is extremely wrong,” said Mwonzora. “That is not true. The MDC-T gets its money from the Treasury in terms of the Political Parties Finances Act by virtue of being represented in Parliament. We are not controlled by NED.”
The report also claimed that Botswana President Ian Khama and Kenyan opposition leader Raila Odinga were also in the pocket of NED.
The report, whose authenticity could not be verified, alleged that Vavi was working with non-governmental organisations to topple the ANC-led government.
The report further claimed that Vavi was intending to form a political party and was involved in the formation of the Agang South Africa political party along with academic and activist Mamphela Ramphele.
Among senior ANC leaders mentioned in the report is party deputy president Cyril Ramaphosa, former Human Settlements minister Tokyo Sexwale, Deputy Chief Justice Dikgang Moseneke, University of the Free State vice-chancellor Jonathan Jansen, political analyst Moeletsi Mbeki and Mail & Guardian proprietor Trevor Ncube.
Ncube last night said: “It’s total nonsense.”
Vavi said through his lawyers that Cosatu president Sdumo Dlamini had been distributing the so-called intelligence report to Cosatu leaders, who were to attend the special central executive committee meeting on Wednesday.
Vavi yesterday said he decided to challenge his suspension because Dlamini and other leaders who pushed for his removal were prejudiced. — Additional reporting from M&G.
Posted by Unknown at 10:24 PM