By UMUTIJIMA JULE
At first I was so amazed that a person whom I used to value as someone who understands best the mess his native country has been undergoing for the last 60 years like Vava Tampa of the Save the Congo would under analyze the Congolese situation this wrong. After reading his analysis in the British owned newspaper the Guardian, it left many of us asking ourselves whether Mr. Vava Tamba was truthful to himself or he did it for the fundraising purpose. As a Congolese of Masisi and a Rwandophone I never expected to read a shallow analysis from any Congolese who is engaged in advocacy leave alone a respectable person like Vava Tampa. 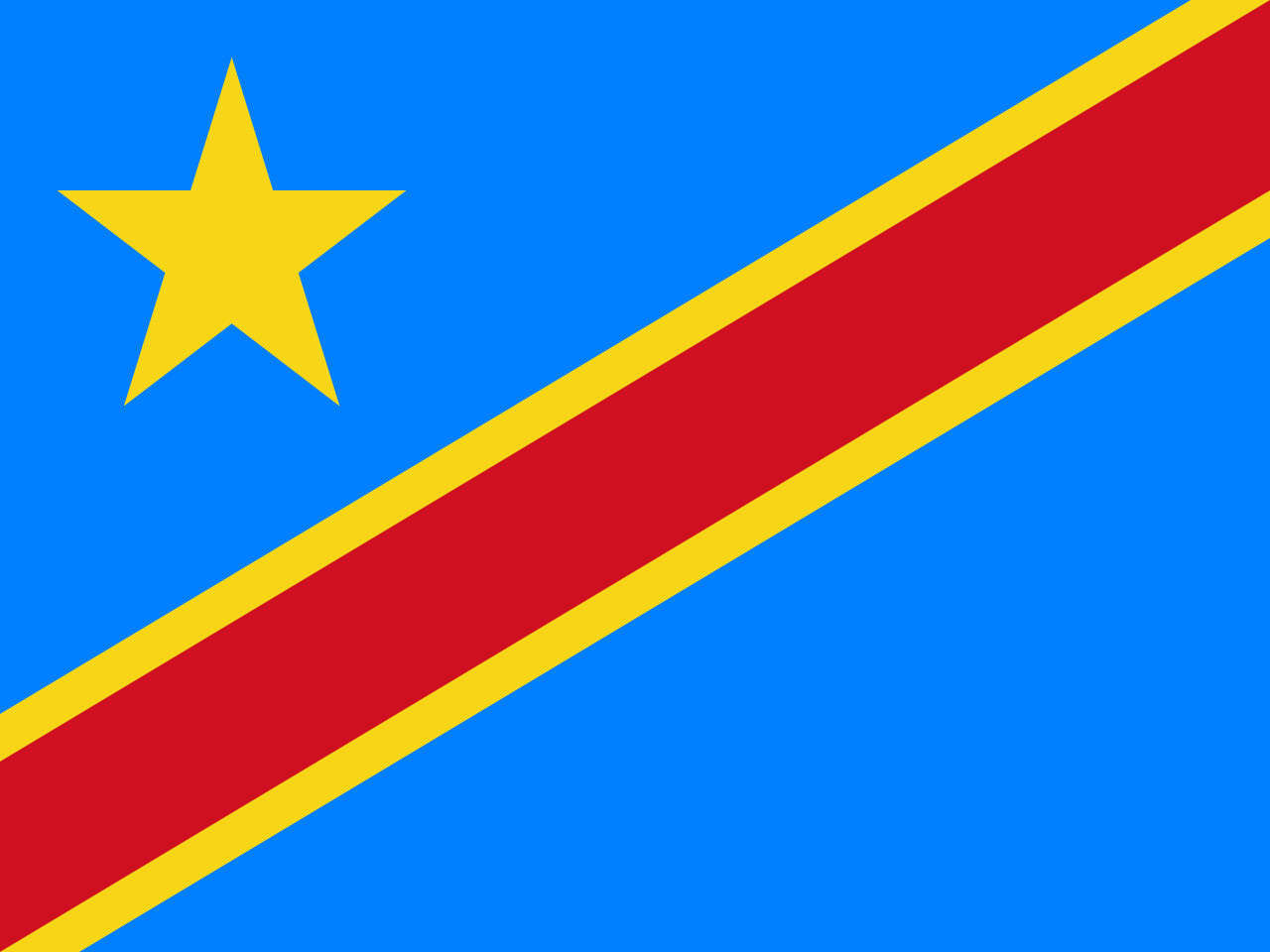 Here is why I think Vava Tampa missed the point either willingly or unwillingly. When I say it is willingly it might be because the fact that Mr. Vava is living in UK where Mr. Tony Blair steered such huge influence both politically and economically Mr. Vava did not want to interfere with his fundraising avenue. If it is not for fundraising purposes then Mr. Vava a lot to explain to his fellow Congolese especially the "Combatants Congolais." Here are some of the points Mr. Vava got absolutely wrong in his analysis published in the Guardian this August 6, 2014:

1.     In his introductory statement, Mr. Vava started underrating the conflict in DR Congo as the "the only one in the world which is relatively easy and affordable to solve." This alone shows lack of deeper understanding of the complexity of the Congolese conflict in itself. This opening statement draws questions whether Mr. Vava has sat down and looks at the conflicts in DRC as not just a simple intercommunity wars over resources such as water, land, fishing, grazing, and farming issues but a more well thought of imperialistic conflict that has drawn both regional and international interests which fuel the conflict in DRC. Mr. Vava deliberately ignores regional players in DRC conflict such as Rwanda, Burundi, and Uganda who have kept their military force presence in DRC since 1997. Mr. Vava also does not look at international involvement like US, UK, Belgium, Canada, and other countries whose big corporations are involved in illegal mining in DRC. To remind Mr. Vava what is happening in his country of which he portrays to care so much for I have put the link of those major profiteering companies here which are under the page called Foreign Corporate Exploitation at the Friends of the Congo website.  This alone will help Mr. Vava understand and explain to us his own analysis about these companies whose list is published with Global Witness. It would be a disaster not only for the DRC but the entire Great Lakes Region if you have not read or heard of it yet. This would signal to us why the war in Congo is not yet over. If the DRC war was the easiest conflict to end as you say it then we won't be talking about 8 million plus lives lost in the last 20 years.

2. I am glad you mentioned the visit of the then secretary of state Hillary Clinton and the now Secretary of States John Kerry. It would be either to play safe or to politically carry out a devil advocate if you think that first, Hillary Clinton was in DRC to end the conflict. If you have been following it up well, a University Student in Kinshasa asked Hillary about the role of her husband in miseries that have befallen Congolese people and she got agitated and said that she is not responsible of her husband’s affairs. Well, if you really want to bring peace you should start from where the Congolese war started from. It all began when Bill Clinton, the husband of Hillary Clinton sponsored a war of Congolese people and later occupied the DRC through Uganda and Rwanda. Therefore, to end the Congolese should still start from those who waged war against innocent Congolese people in 1996. It is amazing and astonishing to learn that you interpreted Hillary's visit to DRC as a peacemaking mission to Kinshasa. If it were the war would have ended the same day she jetted in Goma. However, that was the beginning of another insurgent by the name M23. I hope you remember how it was defeated later you don’t write that President Obama and Madam Clinton defeated M23.

3.  I liked the way you said that "US strategies have been, at best, passive and neither DRC’s Joseph Kabila nor Rwanda’s Paul Kagame will willingly end this conflict." You are absolutely right but we have also to remember that US is as guilty as Paul Kagame. In 1984 US sponsored the Rwandan RPF to invade a sovereign country Rwanda. These activities were facilitated by the American organization for refugees. According to an American scholar Howard French in his article “Kagame’s Hidden War in Congo," US has been active in all miseries both Rwandan and Congolese people have been having all these years. To expect them to resolve this issue is like to call for Arsonists to become firefighters and intervene to extinguish the fires that have set up themselves.

4.    Mr. Vava said in his article that "Saving the Congo begins with addressing the crisis of governance and legitimacy in Kinshasa." I do not think that governance and leadership in DRC is a problem. The problem is how that political system came to power in DRC. It all began in Rwanda and Uganda and that is where the root of all Congolese problems lie. Therefore, whoever is genuine to addressing Congolese leadership and political problems should go back to where all this mess started. That is in Rwanda. If you remember President Joseph Kabila was enthroned by Rwanda and Uganda after the death of Kabila senior. By addressing the issues in Rwanda it would by default solve Congolese problems. If you do not see how that would happen I would like to give you a simple framework of how events would happen. By US stopping any military and political support to Rwanda, this would weak Kagame's regime and put him and his government into a panic mood. The same would reflect in Uganda where Museveni who is also another minority would feel threatened by the changes. This scenario would not only force Mr. Kagame to start negotiating with the Hutu majority on how to better share power in Rwanda and establish democracy to save not only his own future but the future of his offspring as well. When this happens, the Hutu rebels who have made Eastern DRC their home for the last 20 years would eagerly lay their arms down and call for facilitation in voluntary repatriation exercise. This would mark the end of all Congolese troubles. Consequently, when Mr. Kabila sees that the change has started unfolding in the Eastern part of Congo, he will have no options left but to institute democratic elections and put a retirement clause in the constitution just to protect his future.  That is the simplest way of ending the Congolese conflict that you might have either ignored deliberately or you have not thought about it in your analysis. This would solve the three issues you mentioned in your article of mandating the UN Brigade because this Brigade will only be needed to oversee the next general elections to ensure a safer transition from president Kabila to someone else that Congolese people would choose. There won't be any need for a Congolese Government of National Unity because Congolese themselves do not have problems among themselves. If you give them a president of their choice they will be peaceful. There might not be a need for another International Tribunal Court on Congo because through the establishment of the Commission of Truth Justice and Reconciliation (TJRC), Congo will be able to manage their differences and bring justice to the victims as it has been the case in South Africa, Sierra Leone, and Liberia. Therefore, this would be more economical and effective.

5.   The issue of Flushing out FDLR is a misplaced energy and a misplaced argument in your analysis. FDLR has never been a problem to Congolese people as it has been CNDP, MRC, and M23. In fact many Congolese people, especially those living in Masisi and Rutchuru have always said that without the presence of FDLR in their communities we could now be talking about another genocide because Banyamurenge and Kagame’s intention was to exterminate all Congolese Hutus and Congolese people who do not support CNDP, MRC, and M23. Whenever massacre was taking place like the one took place in Kiwanja, FDLR intervened and stopped the massacre. The friendship and relationship among the people of North Kivu and FDLR have been one of its kind. We should not forget that communities around where FDLR controls have intermarried by FDLR families. This is why, despite several efforts to exterminate FDLR in the region have failed miserably. A good argument about how to end the presence of FDLR in Eastern DRC would include seeking a lasting solution to Rwandan problems. US and President Obama understands well that drones and military might will not solve FDLR problem except radicalizing Rwandan majorities. President Obama understands that the problem of the great Lakes Region is Kagame and RPF rule in Rwanda. That is why when President Obama wanted to end the M23 insurgence he just rang President Kagame, as you mentioned in your article, and asked him to end any contacts with the group. This hammered the last nail to the M23's coffin. However, he cannot end Kabila's and Kagame's regime the same way because there are several people in his government and his country profiteering in the DRC's chaos. These people are influential in the Democratic party of President Obama. We can just mention people like Bill Clinton, Hillary Clinton, Samantha Power who is the US secretary at UN, Suzanna Rice, the former US secretary at UN, Russ Ferguson, Tony Blair the former UK Prime Minister, David Cameroon the current UK Prime Minister, and the famous Televangelist Rick Warren the man of the cross who manages smuggled coltan in Kigali.

Without taking care of all the points I have mentioned in this critique article, DR Congo woes and sufferings are going to continue at least for another 20 years to come. US companies involved in conflict minerals bring in billions and billions into the ailing American economy. The friendship of Bill Clinton, Tony Blair, and Kagame is tied by a partnership in crimes like the one Col. Mohamar Gaddafi had with Nicolas Sarkozy. Therefore, Bwana Clinton and Blair cannot allow themselves to let the notorious criminal Kagame to go right now while they are still alive because it would expose their dirty dealings with Kagame. If you remember well in 2010 after the publication of the UN Mapping Report on DRC 2010 Bwana Kagame threatened to expose those who sent Kagame to DRC. The results were to fight fire by fire where
all documents linking Kagame to human atrocities in DRC were squashed and buried alive. Any analysis leaving all these facts behind on DRC and Rwandan politics has shortcomings.